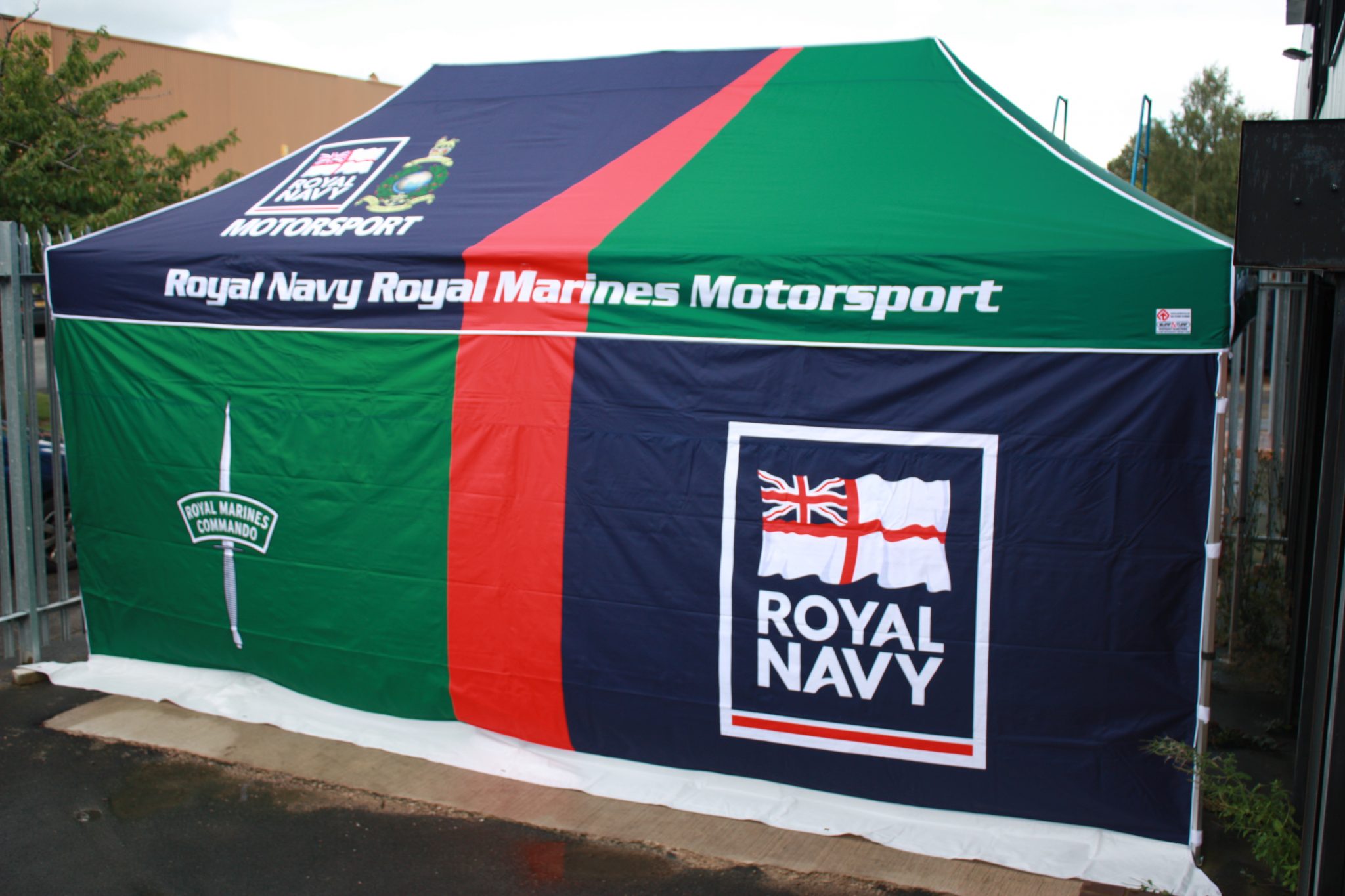 Here you can see a brilliant image of the British Army Motorsport team using one of our 6m x 4m Heavy Duty Instant Shelter. The Army Motosport team have been valued customers for some time and came to us wanting a shelter big enough for two race vehicles. They chose the 6m x 4m shelter and we printed the roof in house with the Army Crest for added visual impact. Surf & Turf Instant Shelters are the preferred supplier to many of the British forces including the RAF, Royal Marines Motorsport, RAF Typhoon Display Team, Army Motorcycle team, Royal Engineers Enduro team amongst many others. If you are interested in our high quality Instant Shelters contact us on 01925 819608 or email info@surfturf.co.uk